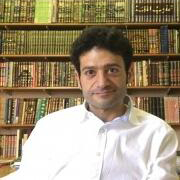 Professor Nasser teaches Arabic literature and Islamic Civilizations courses. His previous posting was as a University Lecturer in Classical Arabic studies at the University of Cambridge (UK), in the Faculty of Asian and Middle Eastern Studies.

Shady started his PhD at Harvard University in Arabic and Islamic studies under the supervision of Wolfhart Heinrichs. He completed his PhD in 2011. From 2009-2012 he was a senior lector of Arabic and the coordinator of the Arabic language program at Yale University. In 2013, he was appointed University Lecturer in Classical Arabic studies at the University of Cambridge (UK).

Encyclopedia of the Variant Readings of the Qurʾān