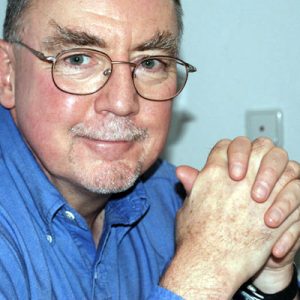 I was trained as a Classical Archaeologist and excavated extensively in Cyprus, Greece, and Turkey. But I also had a fascination with computing that went back to high school. I was struck that what limits the speed of excavation in archaeology is not the difficulty of moving earth but rather the ability to record what was found. After a number of years of teaching Classics and Archaeology, I changed careers by returning to Boston and working for several years at Boston University’s Center for Remote Sensing. I then joined a multimedia research group at MIT’s Project Athena and helped to launch MIT’s Center for Educational Computing Initiatives (CECI). In twenty years at the Center I worked as software architect, project manager, and finally Associate Director. I also co-taught one of MIT’s largest undergraduate programming courses. CECI’s projects involved collaborations with a wide range of MIT faculty ranging from architectural historians to electrical engineers, and many of our projects also possessed a strong international component involving active partnerships with colleagues in Africa, East and South Asia, Europe, Australia, and South America. I joined Harvard in March, 2012, to play a somewhat different role as Director of Research Computing in the Arts and Humanities. My highest priority is to build a diverse series of collaborations between our growing team of digital fellows and the Harvard’s Arts and Humanities students and faculty. I see the Harvard libraries as crucial allies in this endeavor.