Upon hearing the chilling news of the attacks in Paris on the Charlie Hebdo headquarters and the Porte de Vincennes siege two days later, Professor Virginie Greene, a scholar of medieval French at Harvard University, penned her first and only blog: Etre ou Ne Pas Etre Charlie en Amérique du Nord (To Be or Not To Be Charlie in North America). Meanwhile, Virginie’s colleague, Nicole Mills, had just arrived in Paris and began to photograph the eerily silent streets and some of the immediate aftermath: graffiti, posters, memorial gatherings, and more. Upon returning to Harvard, the idea of creating the Charlie Archive was born in order to document the event and the reactions it unleashed across the world.

After documenting the streets of Paris in the days following the Charlie Hebdo attacks, Nicole Mills returned to Harvard with materials that she used for teaching purposes

Captured in any form or medium—in graffiti, posters, newspapers, blogs or Twitter posts—the archive materials are selected to represent a polyphony on what constitutes, or fractures, our common humanity. The public is invited to submit additional materials to the Charlie Archive via the archive’s landing page, designed by Luke Hollis.

More than 1,200 individual donations have been received so far. In addition, the librarians in the Western Languages Division of the Widener Library are actively identifying materials to be added to the collection, including over 5,000 individual websites.

#JeSuisParis is a data interactive by Christopher Morse consisting of 60,000 tweets collected during the immediate aftermath of the Paris attacks in November 2015. All tweets share a common hashtag, #JeSuisParis, and have been drawn into a mosaic of the French artist Jean Jullien’s famous drawing, Peace for Paris.

Each block within the mosaic represents one tweet; clicking any block will reveal the tweet within. There is also a menu of other common tweets used in tandem with #JeSuisParis; selecting one will highlight all tweets in the mosaic that use that hashtag.

#JeSuisParis was featured in the French newspaper L’Obs. 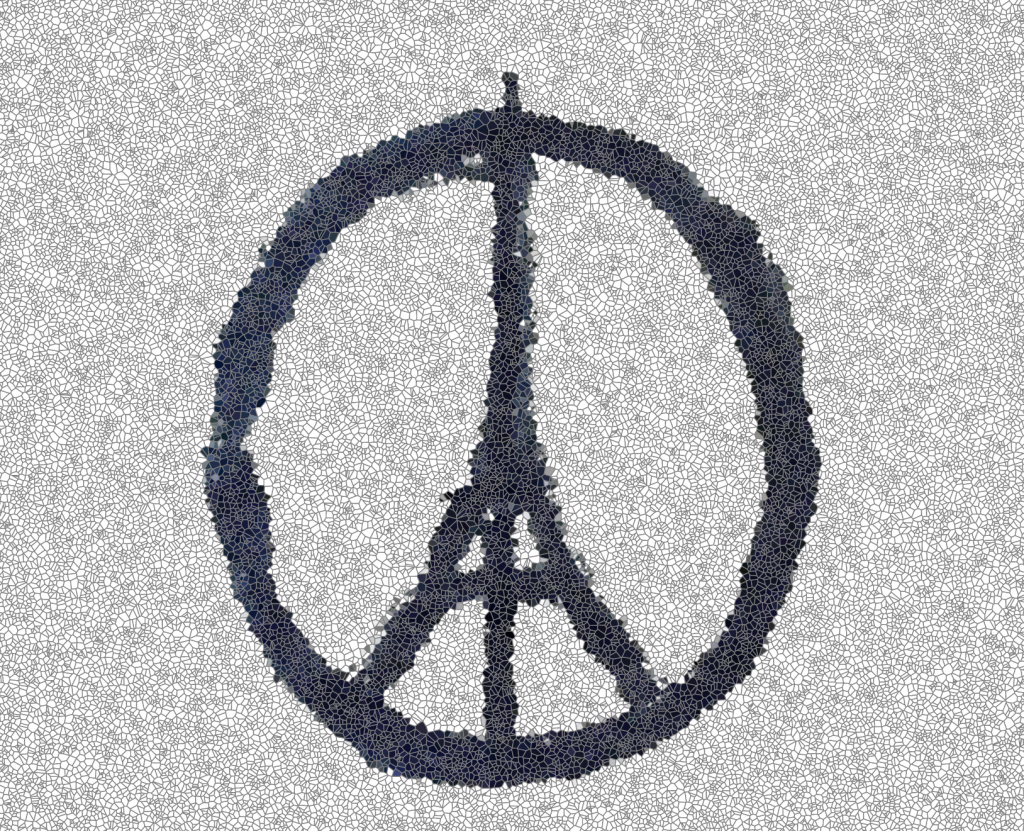 Explore images from the Charlie Archive collection using the touch gallery below. (Decommissioned, 2019)